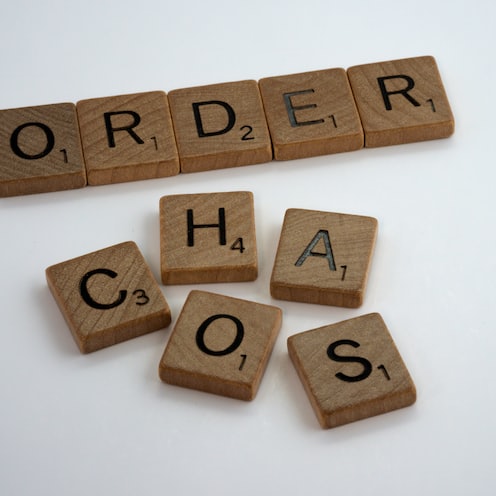 Impulsivity, activity level, and the capacity to maintain attention are all characteristics that vary from individual to individual. The spectrum is broad and large variations are quite normal, just as they are for other characteristics such as height or visual acuity. Nonetheless, if either activity/impulsivity level and/or inattentiveness are at the extreme end of the spectrum, they may interfere with an individual's ability to function effectively, especially in environments like school. At this point, a person may be said to have a clinical attention problem like ADHD.

ADHD is divided into three major subtypes, depending upon whether a person demonstrates features of hyperactivity and impulsivity, features of inattention, or both.

People who struggle with hyperactivity and impulsivity are the easiest to identify. As children, they are described as being constantly “on the go” and having great difficulty sitting or playing quietly. They tend to leap without looking and to respond without pausing to consider consequences. As such, they are accident-prone, often inadvertently hurt the feelings of others by saying things without thinking, and are seemingly always getting into trouble for behaviour that others find inappropriate, annoying, and exhausting to supervise. As adults, they generally settle down to the extent that they may no longer appear to be 'hyper'. Nonetheless, they continue to be highly active, impatient, restless, impulsive and prone to fidget.

Individuals who have difficulty with inattention and distractability tend to be forgetful, are prone to lose or misplace things, and have difficulty following instructions and taking tasks through to completion. They are disorganized, tend to overlook details, and have great difficulty sustaining attention, especially when tasks are repetitive. Perhaps the most problematic outcome is under-achievement in school or in the workplace. Because they do not demonstrate the telltale hyperactivity, children and adults who have ADHD of the Predominantly Inattentive Type are less likely to be identified and diagnosed. Instead, they may be seen as lazy, unmotivated, or passive-resistant.

Why Is It Important For ADHD To Be
Recognized and Addressed?

The most common problems caused by ADHD are underachievement at school and at work, but there are also more serious outcomes for some. Children with ADHD are more likely to develop poor self-esteem and behavior problems, and are at greater risk emotionally. On the other side of the coin, individuals under stress or suffering from depression or anxiety often demonstrate symptoms similar to those of ADHD. In such cases, it is important to identify these things so that they can be dealt with appropriately. The good news is that ADHD is treatable. The even better news is that those same characteristics that can be so problematic can also be assets. High energy, the ability to multi-task, and creativity are often more positive expressions of hyperactivity and distractibility. Part of treatment may include learning how to make the most of the abundant energy, the multi-tasking ability and the other positive features of this disorder.

How Is ADHD Treated?

Treatment includes consideration of many factors, including physical, emotional and cognitive. Management of ADHD involves the use of learning and behavioural strategies discussed by your psychologist, and may also include medication as prescribed by your family doctor, diet changes according to the expertise of a nutritional specialist, or working to change the neurological patterns that go along with ADHD. Most importantly, as individuals with ADHD mature and develop greater self-awareness, they acquire strategies for managing those elements that are problematic to them.

Adult ADD/ADHD is characterized by excessive inattentiveness, impulsivity and hyperactivity. Extreme procrastination, disorganization, trouble making deadlines and impulsive behaviour is common. While hyperactive children are more often seen as constantly squirming and moving, in adults, hyperactivity might be more like a constant feeling of restlessness and agitation. Most of us have occasional challenges in these areas; however, adults with ADD/ADHD are challenged at a level that interferes with work, study, relationships and consistently maintaining daily routines and responsibilities.

Adult ADD/ADHD does not mean an individual is lazy, less smart or less psychologically well. However, it can often have a negative impact on self esteem and how a person is perceived by others. This can have added consequences that can lead to depression, anxiety or other problems.

Assessment is primarily done via a thorough interview and careful history taking. Part of what the psychologist is looking for during the interview is being able to eliminate other concerns, such as depression and anxiety, which might mimic traits of ADD/ADHD. Assessment might also involve testing of attention and memory and checklists for a better understanding of an individual’s learning and job performance concerns. If post secondary studies are a concern, formal learning assessments can help understand how ADD/ADHD might play a part when academic performance appears to be lower than actual knowledge and understanding. For those interested in a comprehensive assessment, it is now possible to assess the neurological basis of ADD/ADHD. ADD/ADHD are now widely recognized as neurological disorders. You have the option of adding examination of your electroencephalographic (EEG, brain electrical activity) profile to your ADD/ADHD assessment.

The beginning of successful treatment of the negative side of ADD/ADHD is an increased awareness of strengths and weaknesses. After awareness come decisions about what changes the individual wants to make in his or her daily life, relationships and work. From there, effective strategies are discussed and adapted to each situation. Discussion of possible support through medication via consultation with your family physician can be a part of the overall plan.